GPS is Not Enough

When I saw our pilot pulling seats out of the plane, as well as emptying some of the fuel, I realized weight must be a major consideration. Okay, so how many batteries and tapes do we really need to bring? Renaldo, our Brazilian bush pilot, had been flying in this region for years so I was fairly confident.

The view of the Amazon basin from the air was incredible: trees and rivers for as far as I could see. Our task at hand was to visit a tribe where people from Youth With A Mission were working and to produce a story about it. As I sat up front I noticed that his nav-com system wasn’t working – actually many things weren’t working – BUT he did have a GPS (Global Positioning Satellite system). I was impressed. I’m no expert but it seems to me that a GPS doesn’t help you get to a position if you don’t have the coordinates of the location. And guess who didn’t have coordinates?

After awhile we saw a little clearing in the jungle and began our descent. As we landed I noticed lots of people running to meet the plane along with a Caucasian lady perhaps in her sixties. I didn’t see anyone who I thought would be on a Youth With A Mission team, but maybe they were out on a safari or something.

“Huh, I don’t think this is the right tribe.” “Maybe we should have taken that right turn in Albuquerque.” These were some of the things I remember hearing. It was fun watching our pilot get directions (follow the river to the next bend and hang a left…). We took off again and found the clearing of the right tribe. After we landed Renaldo informed me that he had never landed on a strip this short before and thought it best if we wait until late in the day to take off. When it cools off the air becomes more dense and gives the plane greater lift. Sounded like a good plan to me.

So we shot our project, hung around and ate smoked deer meat. When it came time to take off we taxied to the end of the runway, revved up the engine and released the brakes. As we bounced down the field I was a little concerned that the flaps weren’t down. I may not be an aviation genius, but I think it helps to have the flaps extended. As we approached the end of the runway he quickly dropped the flaps and we popped right up. Sure was nice seeing the treetops go under us as we continued our sharp ascent. I could finally come home after a long day of work and truly say, “Boy, it sure is a jungle out there.” 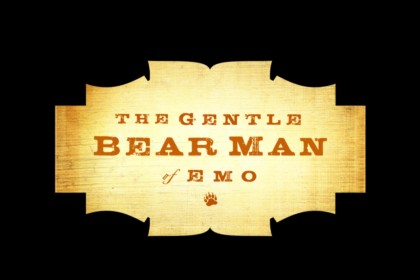 The Gentle Bear Man of Emo