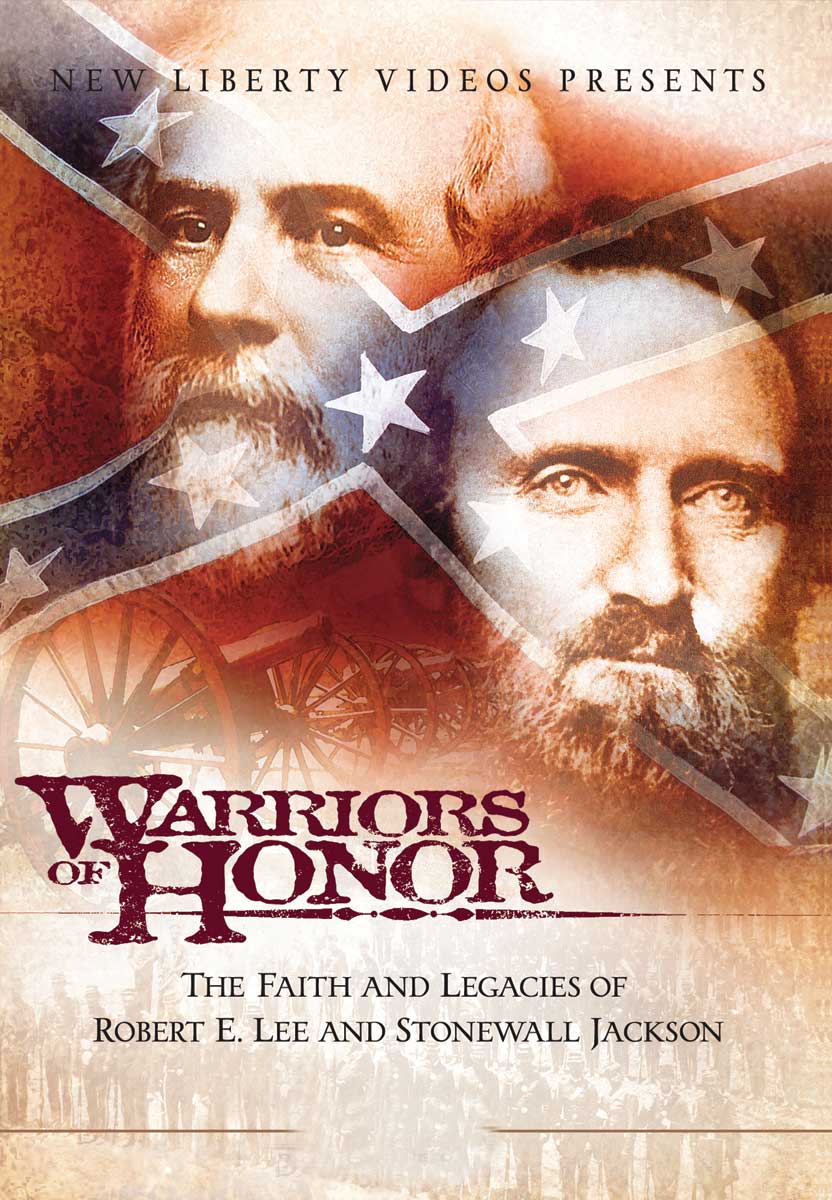 This Civil War documentary film investigates the leadership and Christian faith of two of the finest Americans this country has ever produced,
General Robert E. Lee and General Stonewall Jackson.

Exceptional history 01/14/2019
By David Parlier
I really enjoyed the DVD although it was something of a tear-jerker; actually, quite the emotional experience of seeing the soldiers who had a heart for God and whose compassion to their soldiers was just as evident as their obvious goal as soldiers was to serve God in a most holy way. Very well done historical review and quite the eye-opener especially in regards to slavery, etc. Thank you.
Warriors of Honor - DVD

Excellent video! 11/01/2017
By Jerry Fegler
Well researched, well presented documentary that highlights the faith of Robert E. Lee and Stonewall Jackson. Presents many facts about the Civil War, and provides great insight about the people who fought, and lived during that time of our nations history...
Warriors of Honor - DVD

Brilliant, And Positive Truth. 05/15/2019
By STEVEN DAMRON
This is a Brilliant Documentary of 2 Great Leaders of the Confederate Military. THIS IS THE TRUTH.
Warriors of Honor - DVD

"Finally, A documentary that is willing to speak plainly about the Christian faith of Jackson and Lee. It is a beautiful and accurate account of two great Southern leaders and of a war that forever changed our country." Steve Wilkins, Author, Historian

The Revolutionary War united America. Less than one hundred years later a bloody Civil War divided it. Most Americans believe that Southerners fought to preserve slavery; however a much deeper divide existed between the North and South. Two drastically different cultures had emerged on the American landscape.

This Documentary places the war in its historical and cultural context. It guides the viewer through the causes and the major battles of the Civil War while providing insight into the lives of two stalwart men who fought for the South. Both were masterful generals, brilliant strategists and, above all, faithful Christians. The faith of these"Warriors of Honor" governed their lives on and off the battlefield, and their legacies continue even today.

"God's will ought to be our aim and I am contented that His designs should be accomplished and not my own." General Robert E. Lee