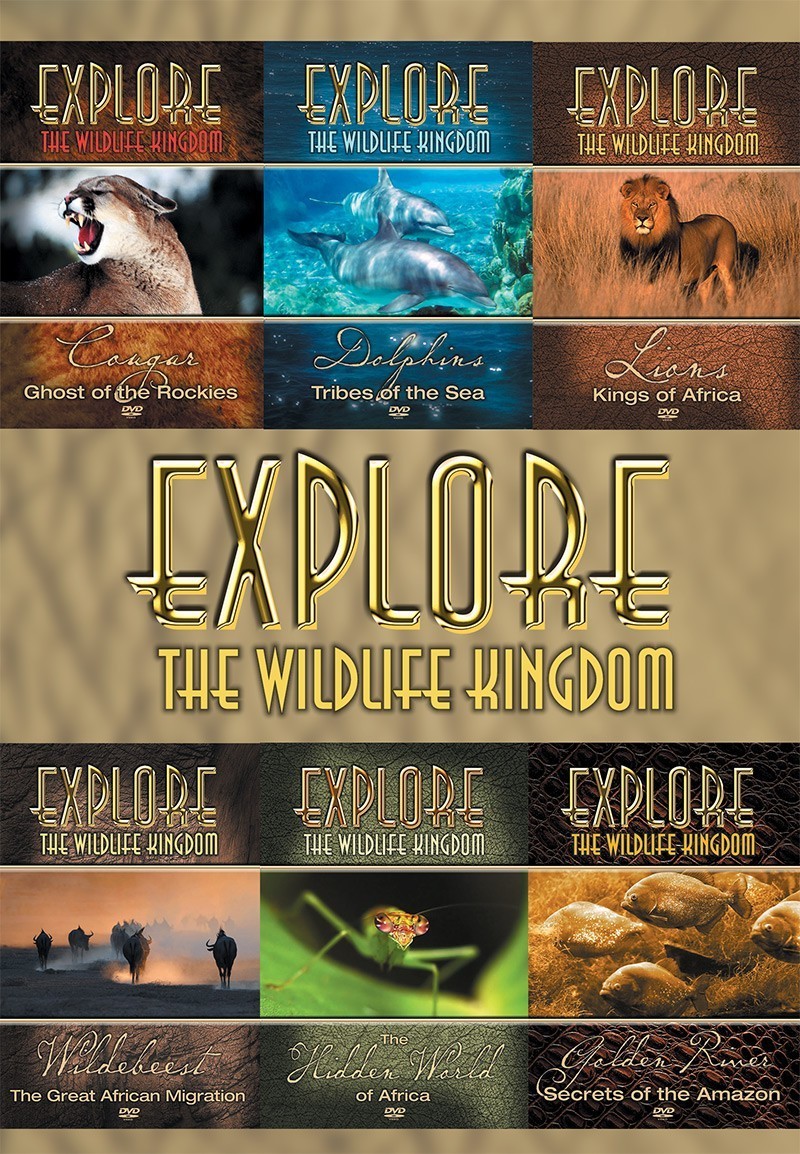 Good video 06/04/2019
By Lisa Petrick
I loved these films very much, the videography in the films was outstanding. The only drawback is I went into watching these films thinking they would be like Creatures that Defy Evolution and they were not. They had nothing to do with comparing evoulution with creation. Other than that they were great films to watch.
VALUE 6-PACK - Explore The Wildlife Kingdom Series - DVD

Thank you 01/22/2018
By Stephen Thompson
Everything came in good order and on time. As a pastor, I now know that our parishioners will view great material on the Lord's creatures and His creation. Thank you folks and may God bless you all. Steve Thompson
Finally a wildlife series that supports your Christian worldview!

No talk of evolution.

No talk of millions of years.

Just nature telling its own story!

No film has ever captured the true nature of the king of beasts like LIONS: Kings of Africa. Wildlife cinematographers spent an entire year living among a lion pride in the Ngorongoro Crater in Northern Tanzania where three generations of royals live.

DOLPHINS Tribes of the Sea

Probably no other sea animal has captured our affection and attention like the dolphin. Its intelligence and athleticism has fascinated observers for years. Dolphins seem to exhibit a friendly willingness to co-operate with humans...something very rare in the wild animal kingdom.

THE HIDDEN WORLD of Africa

Barely visible to the human eye, a truly fascinating universe lives in the bush and savannas of Africa. Here, creatures small, smaller and nearly invisible share a world with gigantic animals. Usually overlooked, often feared and despised, theirs may be a small world, but it's an important one.

GOLDEN RIVER Secrets of the Amazon

The Amiga River Basin is the largest rainforest on earth. Truly, this area is one of the world's most beautiful and unspoiled places. It is dense, rich, tropical and brimming with life.

The great wildebeest migration from the Masai Mara National Reserve in Kenya to Tanzania's Serengeti National Park is a spectacle of life and death witnessed by few humans...until now.

COUGAR Ghost Of The Rockies

The cougar, or mountain lion, is secretive and solitary, inhabiting the remote regions of the Rockies Mountains where man rarely ventures. Its stealth and skill as a mountain hunter are legendary but rarely witnessed.

Explore The Wildlife Kingdom : What people are saying

GRANT GOODEVE - About the Narrator

Best know for playing the role of David, the oldest son, on Eight Is Enough for five seasons. Grant also appeared on the television program Northern Exposure, One Life To Live, and hosts If Walls Could Talk on Home and Garden Television, and the HGTV specials Homes of our Heritage, Log Homes: An American Tradition.