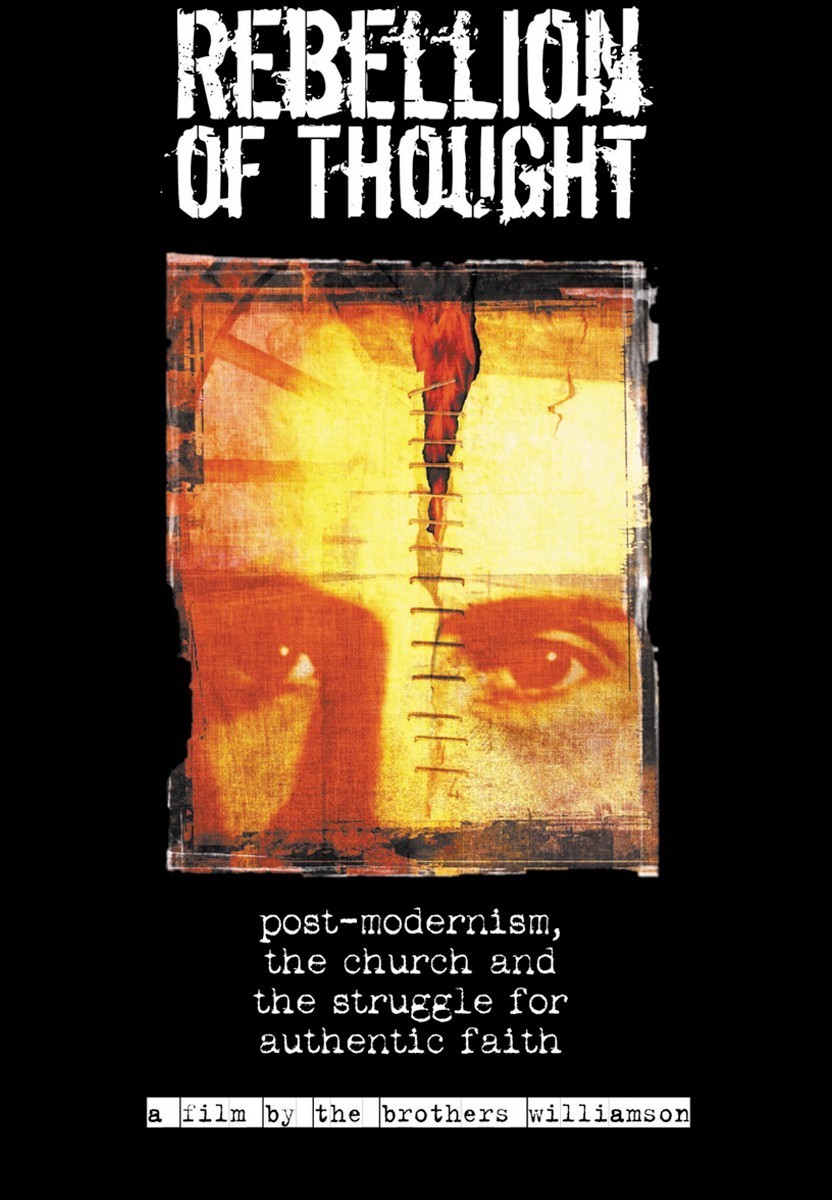 Rebellion of Thought 09/22/2020
By Harry Rauh
I found this dvd to be very educational and informative.
It really helped me to learn the difference between "modernism"and "post-modernism". It helped me to clarify which side I was on. There were a lot of interviews with scholars and I found it to be very thought provoking. I highly recommend watching it!

"There are no absolutes...what's true for you is not necessarily true for me."

"So what happens when the group of people who've been reared on this kind of post-modern thinking then become our surgeons, our bankers and accountants, police officers and judges?"

What is post-modernism? How has it affected our culture? How will it impact our future? What is the role of the Christian church in a post-modern world? Does man truly need God or is God merely a fairytale idea left-over from a past cultural experiment? These questions are the launching point for Rebellion of Thought, as filmmakers, The Brothers Williamson examine a new generation that refuse to accept authority, code and convention. They probe the impact and consequences of such thinking both for the church and society. So, in the midst of all this, how do believers in Christ express their faith in a compelling, relevant way? What does it mean to love your neighbor as yourself?

Parents, educators, small group leaders and Christian churches ignore the questions raised in Rebellion of Thought at their own peril. Without this critical examination, the result of post-modernism will bankrupt future generations in the years to come.

Featuring these experts who take a critical look at the role of authentic Christian faith in a post-modern culture:

They don't just dance around the edges of this mind-splitting phenomenon. They ask the searing, heart-rendering questions and offer some thoughtful and tangible solutions.

Raw, urgent music by a variety of Indie bands provides the musical context for this video journey. Abby Someone, Inner Surge, Joniqa, Mixtapes for Girlfriends, Stereovolt, West of Verona, Audrey Hatcher Woodams and others are featured, with the entire video's soundtrack available separately on the DVD extras.

Rebellion Of Thought clips are online! Watch actual footage from the feature.

Rebellion Of Thought - What People Are Saying

"...may end up being one of the best documentary films of the year... sure to cause waves in the world of Christianity"

"...an intriguing and thoroughly engaging look at the biggest challenge facing the 21st Century church...this film should be required viewing for every student."

"...a powerful message that we all need to hear!"

"Rebellion of Thought is provocative, stimulating and educational..."