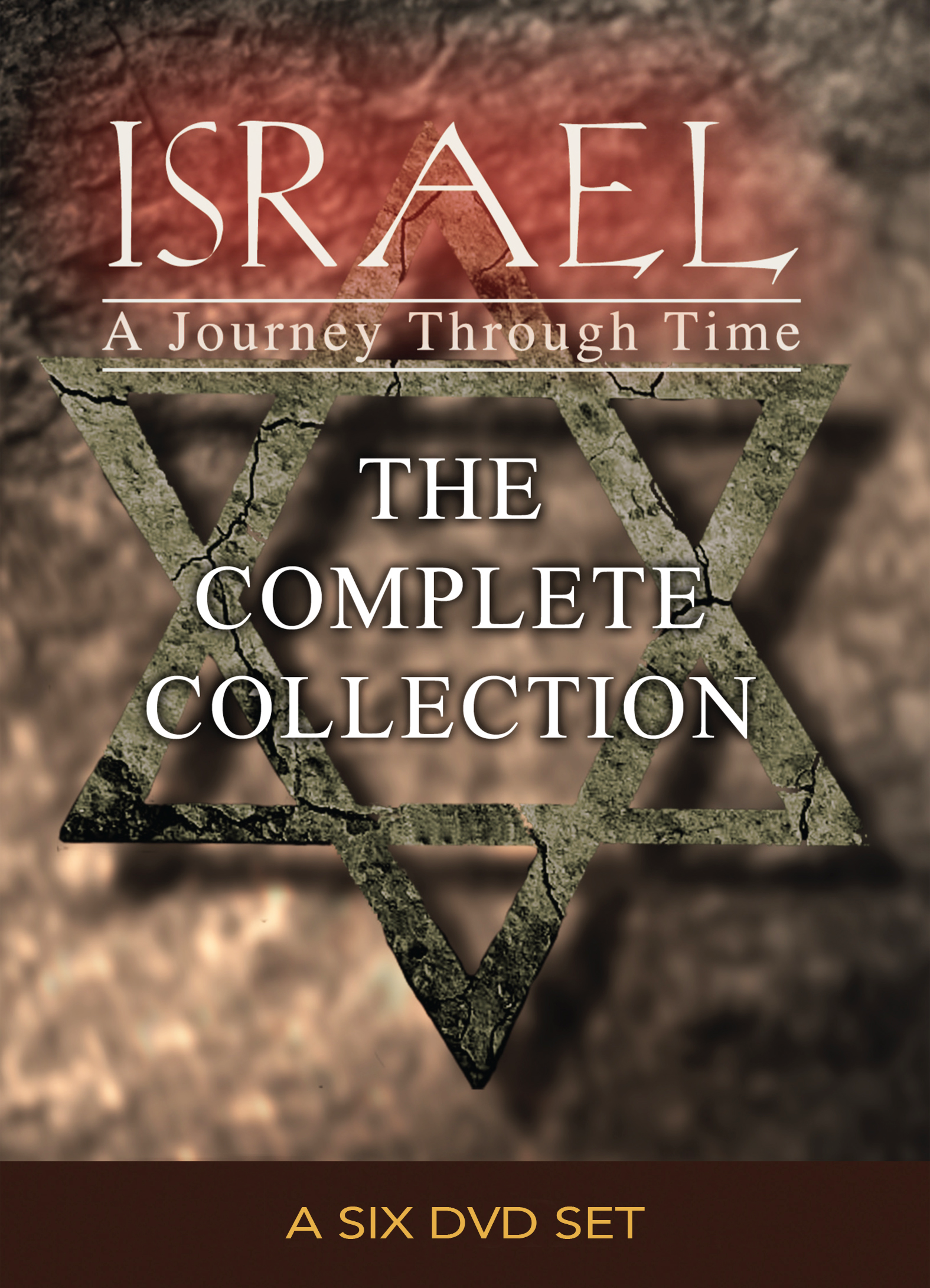 Great history of Israel 04/18/2017
By John Dolf
This is one of my favorite series on the history of the Jewish People. They are indeed God's Chosen People, and have suffered greatly in the past for their forgetful nature of God's Requirements. The remarkable accomplishments of the Jews since their prophecied return to Israel in 1948 illustrate their ranking in the achievment of the nations of the world. The supernatural nature of antisemitism embarrasses most of the countries on earth.
Israel, A Journey Through Time: 6 DVD Set

Well made 04/18/2017
By Larry
This is my favorite type of show history, archeology and the Bible. I think it is accurate but can only touch on so much in the allotted time and I feel they touched on all the major events in the Bible. I completely believe in the Bible so maybe I'm biased. I would recommend this to a friend with out having to apologize for it or say it is all good except for this or that. I feel it is Biblically accurate.
Israel, A Journey Through Time: 6 DVD Set

A Journey 04/18/2017
By Kat
After visiting Israel, I fell in love with the country and the people! This series helps to give me a better understanding of the culture there and also takes me back there. Love it!

A new and exciting six-part DVD documentary series. Filmed entirely in Israel, this new series offers a Christian perspective on the history of the Jewish people from Abraham to Armageddon.

Winner of The Aurora Award.

My wife and I just viewed "Israel, A Journey Through Time" in its entirety, in one sitting! It was that captivating and informative and factual. Beyond that, it's urgent, we believe, that all Christians come to a deeper understanding of our Jewish roots and heritage and our link to the destiny of Israel. The Apostle Paul says we Christians are "grafted into" the original tree and roots of His dealings with man in relationship -- and too many Christians don't even know what we've been grafted into. It's high time we found out, and this series is a graduate course."

- Pat Boone / Singer / Lyricist of song "This Land Is Mine" theme song of Exodus. 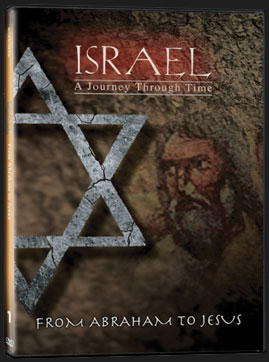 Israel, A Journey Through Time: From Abraham to Jesus (Part 1)

From Abraham to Jesus is an exciting 2000 year overview of the history of Israel beginning with Abraham, the first Jew and Father of Nations, and culminating with the birth in Bethlehem of Jesus, the Jew who divided history. This first DVD in the series lays a foundation for the DVD’s which follow by identifying the origins of the Jewish nation, the only nation on earth God specifically called into being, and by highlighting God’s interaction with those He calls His covenant, chosen people. This unit also introduces the concept of divine plans and purposes - as foretold by the Hebrew prophets - of a coming Messiah figure, a long anticipated event which, in retrospect, shook the then known world and forever shaped history. 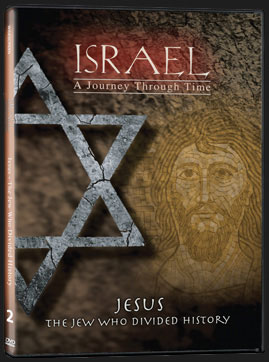 Israel, A Journey Through Time: Jesus, the Jew Who Divided History (Part 2)

Of Jesus, the Jew who divided history, it has been said that ‘all of the armies that ever marched , all of the navies that ever sailed, and all of the kings that ever reigned have not affected the life of man on this earth more than this ONE SOLITARY LIFE.’ While it is possible to explain Christ’s influence on His own generation, how do we explain His influence on ours and on every other generation since He first walked over the green hills of His native Galilee? How has the religion He established - Christianity - survived and flourished across cultures and national boundaries for more than 20 centuries, this in spite of widespread skepticism of its claims and persecution of its adherents? This program answers these and many other questions about the Jew who divided history. 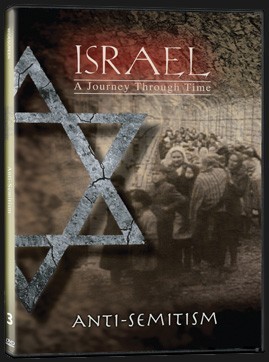 If it is true that the Jewish people are the chosen people of God, then it is equally true that they have had to endure incredible suffering precisely because of that unique relationship, and never more so than in the European Holocaust. This program examines the origins and roots of anti-Semitism, this evil plague’s negative impact on Jewish life in every culture and in virtually every generation. Why are Jews, whose roots can be traced to the Holy Land, found all over the world? Why did Jews become easy scapegoats among the nations of their long exile? And why did these sons and daughters of Abraham experience greater persecution in so-called Christian nations than in non-Christian ones? Also examined in this unit is the link between anti-Semitism and the rebirth of Israel, a new nation called by an ancient name. 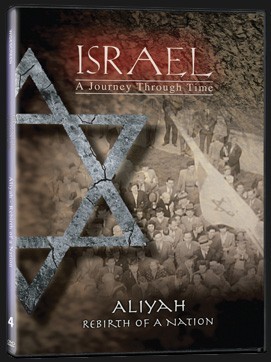 Israel, A Journey Through Time: Aliyah - Rebirth of a Nation (Part 4)

Can a nation be born in a day? This program both asks and answers this profound question by tracing the history of the Jewish children of Abraham from the destruction of Jerusalem by the Romans in A.D. 70, through 20 centuries of exile among the nations, up and until their miraculous return to their ancient and biblical homeland, Israel. The DVD also examines how a once desolate and treeless landscape was transformed into a Garden of Eden, and as an amazing fulfillment of ancient prophecies. At its rebirth in 1948, Israel’s Jewish population stood at 600,000. Today it is closer to 6 million. ALIYAH is the word used to describe this mass migration. And who can explain this incredible population shift out of exile and into a nation whose enemies daily threaten her demise, apart from seeing it as divine providence? Simply put, the God of Israel is at work keeping His covenant promises to His Chosen people by summoning them home from the North, South, East and West! 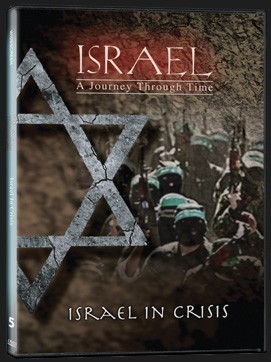 Israel, A Journey Through Time: Israel in Crisis (Part 5)

Israel: nation in crisis – is the focus of this program. Since her rebirth in 1948, Israel has struggled to survive as a Jewish homeland in a hostile neighborhood, a democracy surrounded by nations governed by dictators. Wars and rumors of wars have been the daily diet Israelis have had to swallow for more than 60 years. And between the wars and the incessant threat of terror attacks, when suicide bombers stalk the streets, and when every bus or gathering place is a target and maximum collateral damage the goal. Yet, somehow Israel has continued to survive and thrive. The danger today is that weapons are becoming more sophisticated and rockets fired from Gaza are reaching deeper into Israel than ever before. If Israel’s return to her biblical homeland is a sign of the lateness of the prophetic hour, could these ever increasing threats to her existence be a signal that the final countdown to Armageddon has begun? 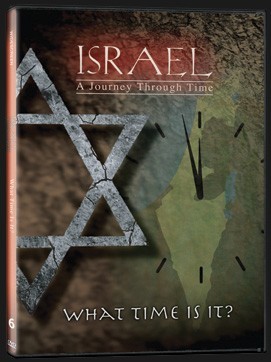 Israel, A Journey Through Time: What Time is It? (Part 6)

Armageddon: the mother of all battles. How do we explain the fact that one of the smallest nations on earth, both in terms of population and land area, is headline news every day? And why has Jerusalem, a city virtually ignored for 2000 years, suddenly become the focus of the nations? The answer to these and many other questions of our troubled times are found in the Bible. The Hebrew Prophets, Christian Apostles, and Jesus of Nazareth all spoke about tumultuous times at the ‘End of Days’. The question is: What time is it on the prophetic timetable? This final program in the series examines current events and climate changes in light of biblical prophecies, specifically showing how Israel and Jerusalem fit into this end time scenario, and how there is a prophetic continuum from Abraham to Armageddon.