Darwin - The Voyage That Shook the World - DVD 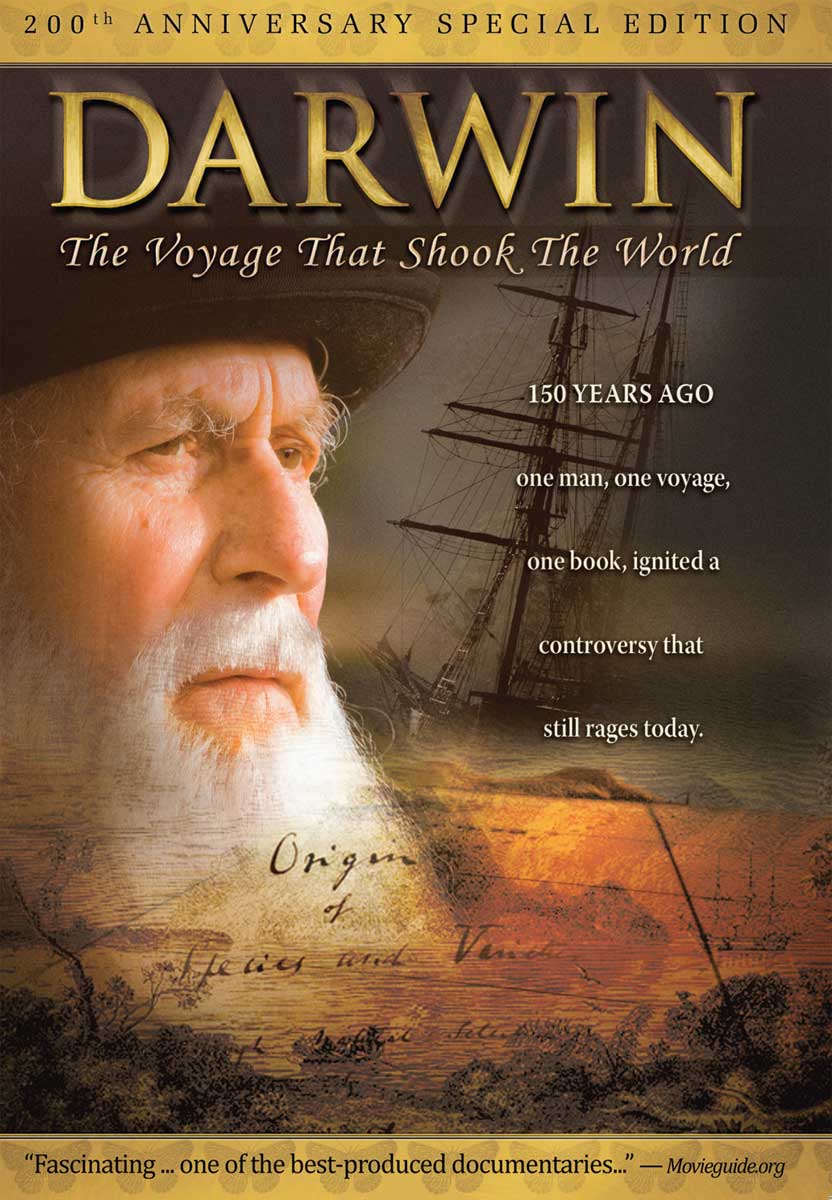 Darwin - The Voyage That Shook the World - DVD3
Average rating:

Darwin - The Voyage That Shook the World - DVD

The World is still Shaking 02/25/2019
By Glen R. Bleak
With this video, I learned more about Charles Darwin and his Voyage of Beagel. It appears he got a lot of his ideas about nature before he reached the Galapagos Islands like in the South American jungles. The fossils he discovered in South America of extinct megabeasts along with geology of these regions appeared to have contributed to his famous theory. He visited a place that just had an earthquake and he could see how marine fossils could get several hundreds of feet above sea level. This video was a very good re-actment of this famous voyage and I would recommend it to everyone that loves nature. I believe the Galapagos Islands put the finishing touches of his ideas.

The Theory of Evolution has made the grade as a very sound Scientific concept. It explains a wide range of phenomenons in nature with the usage of few facts and postulates. It has passed every test and made predictions that came true. Does it have gaps? yes, but those gaps are rapidly closing with the new sciences lik
Darwin - The Voyage That Shook the World - DVD

Facts are Facts 01/19/2017
By Mary Kay Bacallao
I enjoyed this video tremendously because it retraced the voyage of Charles Darwin. Along every step of the way, actual scientific facts about the places he visited are presented. I also think Dr. Robert Carter in the video makes for a great "Indiana Jones" type. It is the most comprehensive video on the subject of the voyage of Darwin around the world that I can find. It may surprise you, but all the evidence is there. Great food for thought. Captivating and enlightning, it is well worth watching.
Darwin - The Voyage That Shook the World - DVD

Worth the time 02/25/2019
By tom valois
Very informative. Didn't realize he struggled with his findings and being a Christian. I found his grandfather's influence interesting and the struggle to overcome that paradigm.

In 1831, a young amateur scientist, Charles Darwin, boarded the HMS Beagle on an epic five-year voyage of discovery that would shake the world.

In this expansive documentary, the HMS Beagle once again sets sail as it retraces Charles Darwin’s voyage in lavish detail, examining his findings and remarkable conclusions and their implications in the light of modern knowledge.

Filmed in South America, the United Kingdom, North America, Australia and Europe, Darwin – The Voyage That Shoot The World features dramatic period recreations and stunning nature cinematography - all interwoven with scholars, scientists and Darwin experts who share differing perspectives on the man and the controversy he stirred.

Darwin Double Anniversary
2009 marked the 200th year since Darwin’s birth and the 150th year since the publication of his book, The Origin of Species.