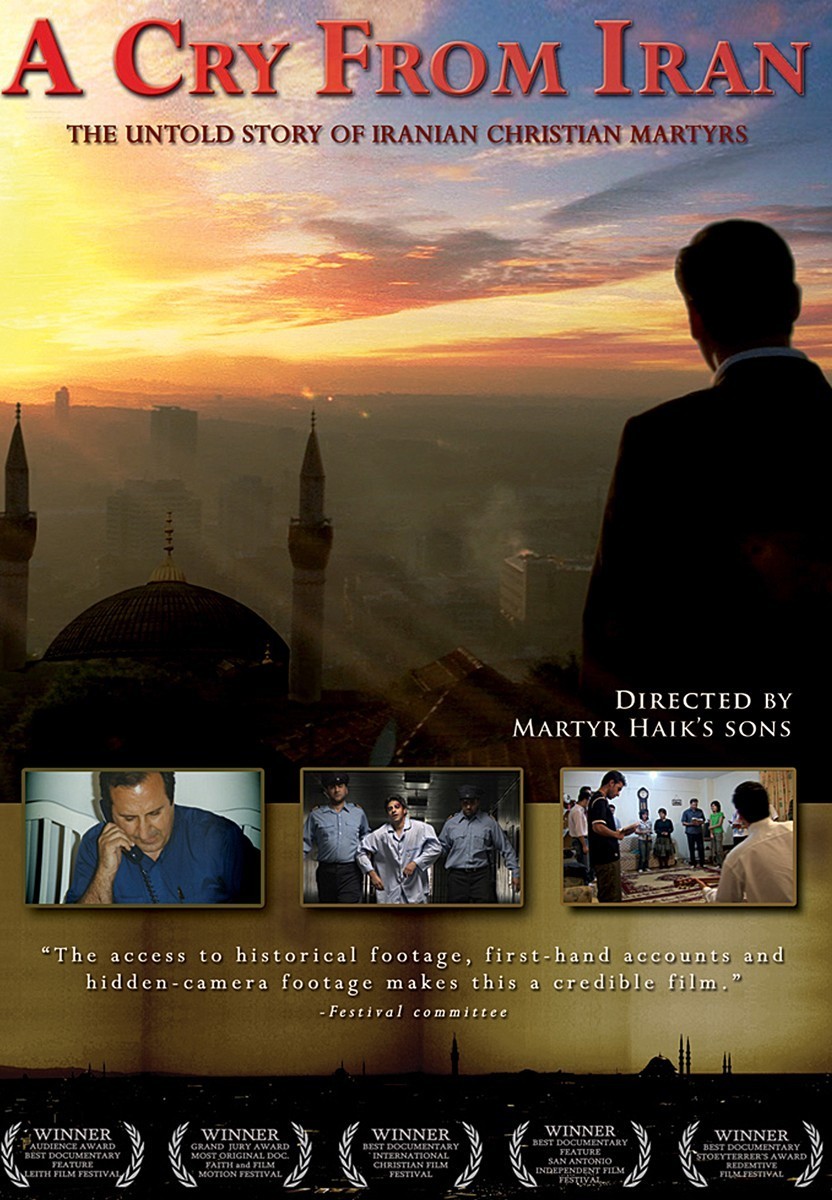 What a price he paid 01/14/2017
By B. Jones
Sometimes watching the faith of Christian in other countries, particularly 'closed nations' is humbling. What would compel this kind of commitment except a real living faith in Christ. Share this one with you church. It's inspiring!
A Cry From Iran - The Untold Story of Iranian Christian Martyrs - DVD

Iran, 1993, a judge issues an official death sentence to a man whose only crime is converting from Islam to Christianity. A copy of the official execution order is leaked to pastor Haik Hovsepian, the leader of Evangelical Christians in Iran. Haik, at peril of his own life, releases the document and launches an international campaign to bring an end to the civil rights violations of the Iranian Islamic courts. International pressure mounts and the Iranian government is forced to release Dibaj at the eleventh hour. But there is a price to pay…

A Cry From Iran is an award winning documentary true story produced by the martyr’s sons. An inspiring story of a vibrant Christian church inside Iran, surviving under impossible odds and includes hidden camera footage filmed in Iran during the actual events. It’s a story of triumph through tragedy and overcoming hatred with love.


Quotes
“Had the book of Hebrews been written in our time, he would have been mentioned in there.” – Dr. Ravi Zacharias

“He is definitely one of our modern-day heroes of the faith.” - Dr. Carl Moeller